Dr. Leonard C. Nelson served as the president of then West Virginia Institute of Technology for 25 years. Among his many accomplishments, he held the distinguished honor of professor emeritus and is the namesake of the WVU Tech College of Engineering and Sciences.

Hired as the dean of engineering at West Virginia Tech in 1956, Nelson became the University’s longest-standing president. During his tenure, Tech saw enormous change and growth.

An active member of his community, Nelson served on the Board of Directors of the Laird Foundation, Inc.; Montgomery General Hospital; Montgomery Chamber of Commerce; Charleston Federal Savings and Loan Association, and was a member and vice-chairman of the West Virginia Capitol Building Commission.

Dr. Nelson passed away on August 23, 2017. He was the husband of Dr. Rita Wicks-Nelson, professor emerita of psychology, who resides in New York. Dr. Nelson was the father of Sherri McLean, Laurie Adams, Lise Poulos, Nicholas Poulos, Randall Nelson and David Nelson. He has 13 grandchildren and 23 great grandchildren.

On March 2, 2018, members of the Tech community gathered to honor Dr. Nelson and his legacy during a memorial reception. 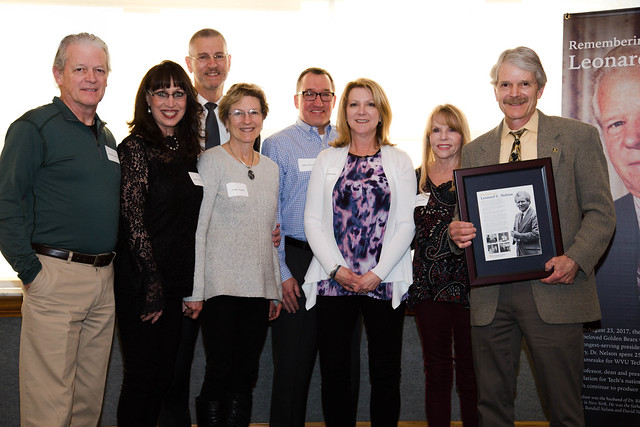